Empathy Can Mean All the Difference in Customer Service 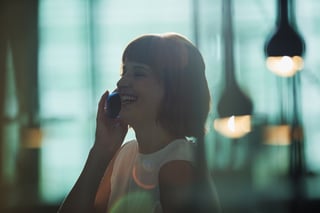 Empathy. It's more than just a plot device on television or a throwaway term in business. Empathy is the foundation of customer service, and from there, the best in customer experience. Cultivating empathy will take a little effort, but will ultimately deliver substantial payoffs.

Why Is Empathy Valuable in Customer Service?

Empathy has a great deal of value in business, particularly in customer service, thanks to several factors.

Empathy provides a connection. One study noted that 41 percent of customers just 10 years ago would forgive a brand after a negative experience. Today, that number is closer to 14 percent. That's where a tool such as voice recording technology comes in. It allows businesses to refer back to earlier conversations, demonstrating empathy by citing the customer's own concerns in new conversations.

Empathy illustrates value. You wouldn't spend time trying to understand someone else's viewpoint and illustrating common ground if you didn't value that person, would you? Having empathy means caring about the customer, and that demonstrates acknowledgement of the customer's value.

How Do I Best Put Empathy to Work in Customer Service?

One of the greatest misconceptions about using technology in business is that by doing so, we remove the human element. The human element comes with its share of problems—its constant demands for pay and sleep and decent working conditions—but the human element is the only real way to transmit empathy. Machines can be set up to transmit empathy, but this fakery is often transparent to those who encounter it. Scott Adams once described a principle called “weasel wisdom,” which, as he put it, “...is to real wisdom what a painting of a diamond is to an actual diamond.” The two look alike, yet only one has real value. The other isn't even a fake but a two-dimensional representation, which is about the kind of empathy machines produce.

How Do I Get the Tools to Use Empathy in Customer Service?

When you're ready to show off the best in empathy, drop us a line at Snap Recordings. With over 100 different voice talents and different accents and dialects, we can make your voice prompts and other functions sound like they're operating right in your customers' own backyard, eliciting empathy by a clear demonstration of local concerns. Get in touch with us and show your customers how much you value them with Snap Recordings' voice services.