Is Your On Hold Message Doing More Harm than Good? 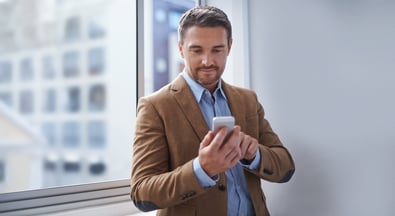 Businesses commonly want to get the most out of their systems, no matter what these systems are. On hold messages are no different than any other, but most believe that all a hold message needs to do is keep a customer from hanging up. That's true, but there's so much more a hold message can do, and the worst ones can actually damage a company's brand and reputation in ways most don't even consider.

What Can a Bad On Hold Message Do to a Business' Customers?

It annoys customers. On hold messages that don't mesh with the company's image turn customers off and send them running for the door.

It's not useful. An on hold message that just repeats itself -- as opposed to delivering helpful information -- is dull and even patronizing, and that encourages customers to leave.

It damages goodwill. Goodwill is a hard thing to put a price tag on, but it's no less valuable. Gardner Denver listed 43% of its value on an annual report to be made up of “goodwill and other intangible assets,” according to Forbes. Without goodwill, customers not only leave but also tell others about bad experiences.

What Can a Bad On Hold Message Do Beyond Customer Relations?

It's not just customers; suppliers and others can be impacted by a sloppy on hold message too.

It can be illegal. Bad messages aren't just unpleasant, in some cases, they can be illegal. A company might opt to use a local radio station as its on-hold music, and unless the company is paying royalties, that's just outright theft. Additionally, radio use could inadvertently cause you to advertise for a competitor as local advertising on radio is common.

It kills credibility. This can be especially true for English-language firms going into non-English speaking territory, or vice versa. Most people don't speak several languages fluently, and thus it's not always easy to hear the subtleties that mark a true native speaker. That authenticity needs to go into a company's on-hold message, and not having it can damage a brand.

How Do I Get the Best On Hold Message?

If you want to avoid these pitfalls yourself, then you need to contact us at Snap Recordings. We've got over 100 different voice talents ready to record your message, and in a variety of different languages to ensure you're coming across in just the right way. So if you're ready to beat the bad on hold message trap, just send us a note.